Materials developed by schools in Romania

Building School-Wide Inclusive, Positive and Equitable Learning Environments Through A Systems-Change Approach” (SWPBS), a European project funded by the European Commission through ERASMUS +, Key Action 3, Support for policy reform, almost finalized its second year of implementation. The SWPBS project, coordinated by CARDET (Cyprus) in partnership with the University of Pitești (UPIT) together with the Argeș County Inspectorate (ISJ) and other educational institutions from Cyprus, Greece and Finland, has contributed to the development of a positive school environment, a non-discriminatory and inclusive school culture with a focus on supporting socio-emotional behaviors needed by all students in the school. 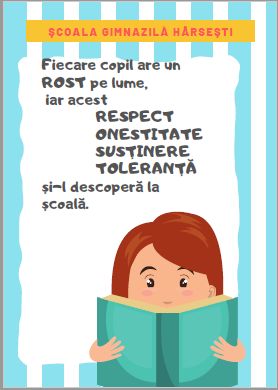 At the end of the second year of implementation, the Behavior Support Framework intervention program was implemented in 30 schools in Argeș County. In 15 schools, the entire staff received training and the other 15 schools are in the process of receiving training on how to implement the SWPBS program. The schools have received support from the coaches (trainers) of the UPIT intervention team and from the members of the ISJ project team. Although the program was implemented throughout the school, the target group of the project were students in 3rd and 4th grades from all 30 schools participating in the project. Each school developed a set of working materials that supported the implementation of the program: they have defined their vision, established a set of values that were operationalized in a behavioral matrix and established a common reward system; they have also developed lesson plans for teaching social behaviors, as well as some teaching materials to support and facilitate the teaching of these behaviors. Materials developed by schools and other information on the implementation of the SWPBS project can be found on the project website